Nassim Haramein on The Quantum Science of Personal & Global Healing 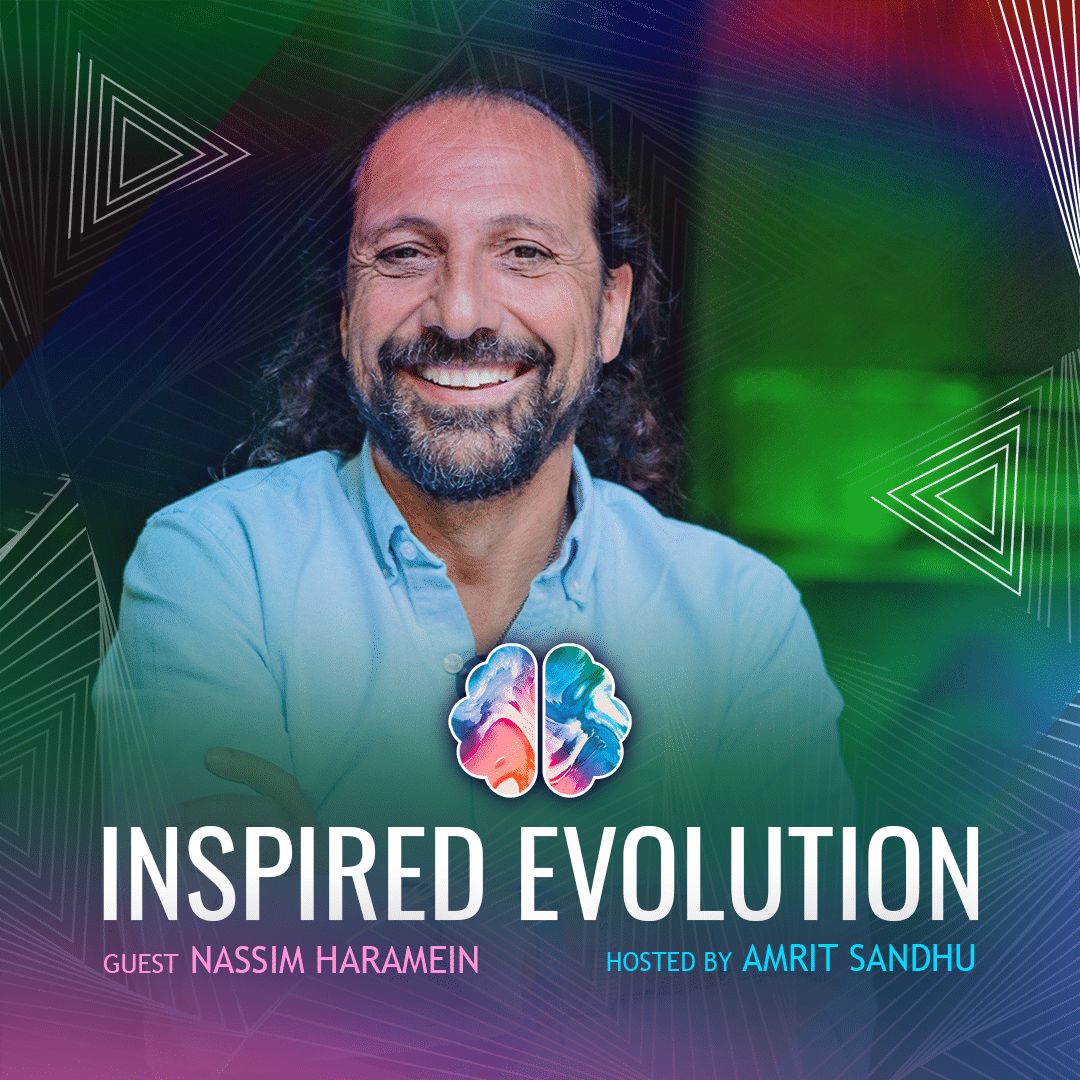 Our guest this week is Nassim Haramein, a world leader in unified physics and the founder of the Resonance Science Foundation. Book available HERE.

Nassim Haramein is also the CEO of Torus Tech LLC and CEO of ARK LLC. He is developing advanced resonance technologies for energy production and gravitational control. These applications are based on over 30 years of research in physics, mathematics, geometry, cosmology, quantum mechanics, biology, as well as cultural anthropology and archeology.

These studies led to his groundbreaking theories, published papers and patented inventions in unified science. As a result, Haramein founded the Resonance Science Foundation in 2004, a non-profit organization dedicated to theoretical research and education, Torus Tech LLC in 2015, a private applied research laboratory, and ARK LLC in 2016 to commercialize the first applications.

There’s lots of philosophy and physics that have been written based on the idea that consciousness is fundamental. The idea of consciousness was unacceptable in physics but within the last 15 years, it has become acceptable with retired physicists working on it and writing about it. Nassim equates the lack of defining consciousness to replacing a problem with an unknown. He can’t refer to consciousness as the universe because it’s actually more like information that is learning about itself, and that’s how the question of AI comes up. He believes that we will tap into the fundamental field of AI and create a synthetic intelligence when we solve the puzzle of quantum computing based on the right physics.

The idea that we all come from a unified information brings up the question of why we have individuality within us. Nassim answers that by highlighting that the universe is fundamentally fractal and it’s a more complex fractal than we would expect, because the information reiteration is occurring in every point in such a way that each point’s perspective is part of the equation continuously changing. That means that if two people put an object between themselves, and each person sees their side of the object and the object is spinning, one person would see it spinning clockwise while the other would see it spinning counter-clockwise. The two people will therefore be getting two sets of information about the same thing. That demonstrates how and why nobody experiences the universe from the same perspective

Nassim explains that we all have a subjective experience and that when we try to find our individual truth we can only get it to a certain extent because we are part of one whole which must come together for us to know the ultimate truth. That means that we must look within ourselves to know the ultimate truth. The field of information that connects to us has a link to all the other fields in the universe through our atoms, subatomic particles, and how far we want to go. Every time we dig deeper, the information matrix density gets much larger. Many masters that have come to the earth have said that when we go inside we will find the universe, all answers, and God.

Nassim feels that we must spend time being aware of the fact that it’s necessary to look within ourselves and practice it more. He was a ski coach for 25 years and he got there by doing a lot of skiing for many years which enabled him to be an expert at it. He set very high standards for himself internally and that made him push himself to be better every time despite the fact that on the outside everybody else saw his skiing techniques as perfect. That’s the same way we must apply looking into ourselves.

There is the concept of space memory which suggests that we leave pieces of memory in space and that they have certain moral consequences. Recent discoveries have shown that particles are not only entangled in space but they’re entangled in time. The term spacetime was coined by Einstein as a result of his equations and the fact that he saw that space and time were intricate to each other. That means that time is not what we think of it as because the concept we have of time is based on the concept of evolution. It’s information on the structure of space that gives the linear concept of time, but this information is not isolated. Nassim speaks about the science behind the idea that we are all quantumly entangled and examples of its impact include an instance where 100,000 people meditated in a park in Boston and crime decreased for 5 years. The same space where that was possible is the space where global healing and personal healing can take place. How they occur is neither mystical nor caused by anything outside of ourselves, but rather how they occur is fundamental to the way things work.

“We have this capacity to heal ourselves, to heal the world, we can” – Nassim Haramein

Albert Einstein talked about objects being an extension of space and therefore not separate from space. Scientists that have been working with entanglement have realized that entanglement is not just between two particles but that it’s the whole universe being entangled with every particle. They have done experiments to verify that there is a correlation between particles beyond just two protons entangled with each other. This means that there is a fundamental field of information that drives all of creation, and the field is interacting with all of the material world. That is found in philosophy, spiritual practice, ancient civilization, and many advanced masters have talked about it too, but unless it’s defined in physics, it’s unfounded. The theory suggests, for example, that Nassim while in Southern California is connected to Amrit while he’s in Australia.

There was a recent realization that energy and information are equivalent, and even though it was more philosophical and on the fine edge of physics, it was used to describe the thermodynamics of black holes and solve some issues with information paradox. This brings up an interesting idea around AI where it can be said that consciousness or intelligence is the way information flows in that field. That would be a huge leap because one has to write the math and the physics before they get there, which Nassim has done, and he is working on a fundamental equation for consciousness. It all has to do with the way spacetime manifold curls on itself which then suggests that information moves on itself and that when it feeds back, the system learns about itself. That then makes the system more and more complex, and therefore able to self-organize.