Charles Eisenstein on Sacred Economics and Awakening from Crisis 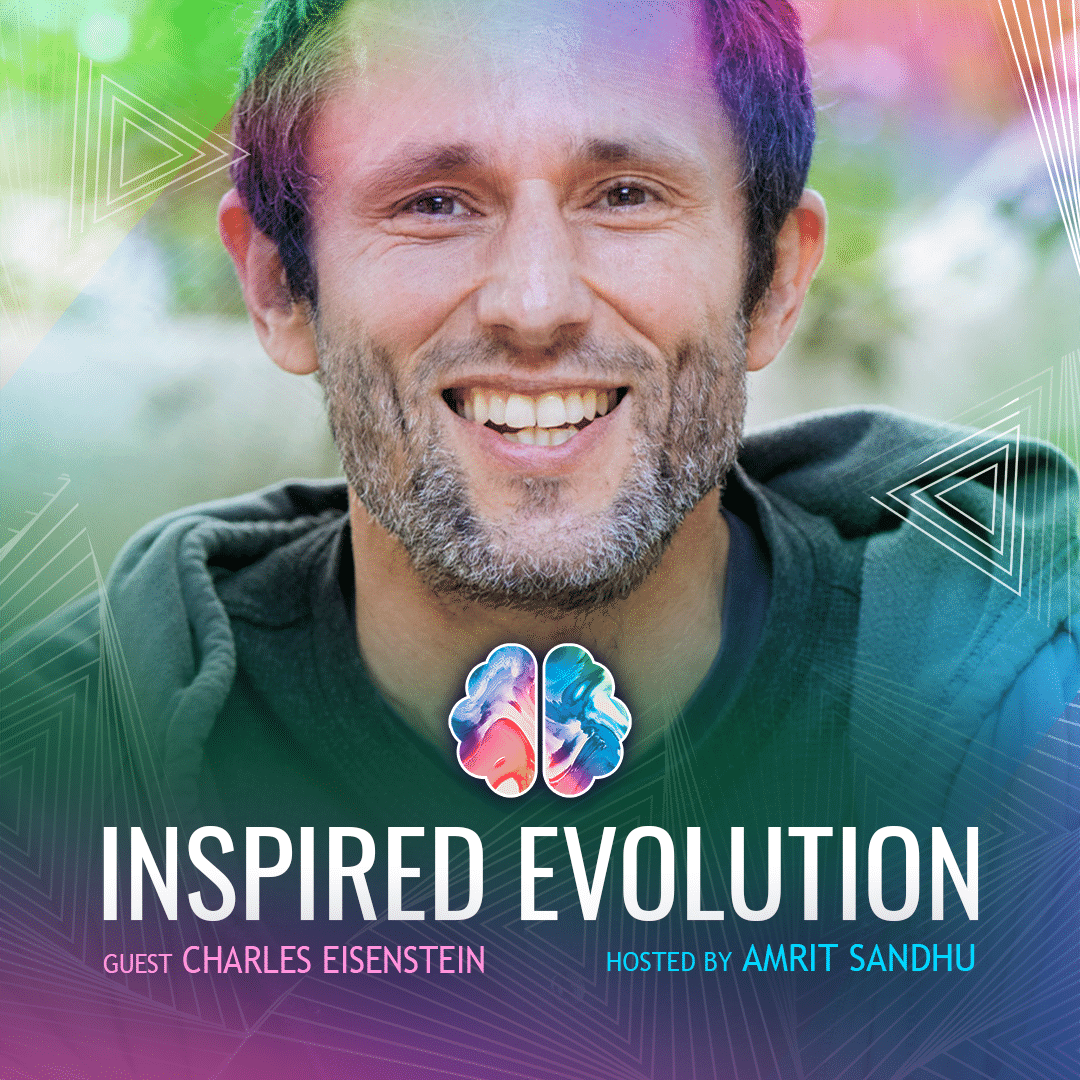 Our guest this week is Charles Eisenstein, a teacher, public speaker, gift economy advocate, and writer who focuses on themes of civilization, consciousness, money, and human cultural evolution.

He is the author of several books including The Ascent of Humanity (2007), Sacred Economics (2011), The More Beautiful World Our Hearts Know Is Possible (2013) and Climate – A New Story (2018). Sacred Economics traces the history of money from ancient gift economies to modern capitalism, revealing how the money system has contributed to alienation, competition, and scarcity, destroyed community, and necessitated endless growth. Today, these trends have reached their extreme, but in the wake of their collapse, we may find great opportunities to transition to a more connected, ecological, and sustainable way of being.

His on-line writings have generated a vast following; he speaks frequently at conferences and other events, and gives numerous interviews on radio and podcasts. He also occasionally writes for the “Comment is Free” section of The Guardian and The Huffington Post on topics including genetic modification and the patenting of seeds and debt. He is a contributing editor at the website Reality Sandwich. In advance of appearing on Oprah’s Super Soul Sunday on July 16, 2017, Eisenstein wrote “The Age of We Need Each Other.” Check out his latest essay on the Coronavirus pandemic at https://bit.ly/2xfaK8A

This has been one of the three lines of his work for over 20 years because he feels any questions that anyone asks about society and the way we are doesn’t stray very far from money. An example is the fact that how the world works kind of revolves around money. We often operate based on what we have to do and what we can afford to do. A person’s survival is highly dependent on money. He wanted to understand money better so he could understand society, the human being, and himself. He feels the divide between money and spirituality is part of the problem and that the two need to be unified with money being the crux of the unification. His experience has been that money always seems to pull him back into a person that he no longer wants to be and it brings out his worst impulses, and he wants to look at that and be who he can be, so he looks into what role money can play in a person’s evolution.

“If there’s anything harder to bring into the sacred realm, it would be money” – Charles Eisenstein

It comes from a basic impulse that one is offering something as a gift to someone, and if it’s precious to that someone, then any amount of money that that someone charges is going to be too little, because the gift is infinitely valuable, and so putting a price on it would devalue it. Any amount the person receiving the gift charges would also be too much because that would put it behind a paywall. When the price of something is too little and too much, one can’t set the price. He applies the same with his online courses where he lets the users determine the price of the courses. That takes the pressure off him to provide value and it allows generosity to come in, and for him to be funded without having to compel people to give the funding to him.

This refers to how money is created through the lending of financial institutions to individuals and corporations. Banks lend to people who will pay back and they focus on lending to people who will make more money when they get a loan so they can pay it back with interest. For example, if someone wants to protect an ecosystem, the bank will determine that there will be no money to be made there, but if a person intends to pave over an ecosystem and build a strip mall, the bank will determine that they can pay back the loan they get. That demonstrates that the system is geared towards endless growth of the monetized realm simply because of the way money is created, which puts people into competition because at any given moment, there’s always more debt than there is money. Money is created through lending and there is always interest in it. When a million dollars is created, one point five million dollars of debt is created. And so people are always in competition with each other because there’s never enough.

People never get the opportunity to tune into alignment because they live in so much competition and a scarcity created by the fact that everything they have is dependent on their ability to pay their debts. This is one of the biggest limits on people’s capacity to follow their dreams because they feel enslaved to their mortgages, rent payments, student loans, and other forms of financial debt. Competition is not bad because it allows people to test their limits and it can be a journey of self-revelation. Charles is not anti-competition but his concern is that it pervades realms of human interaction that should not be competitive.

“In the inter-connected sense of self, the purpose of life is different. It’s no longer to win security but it is to give of our gifts” – Charles Eisenstein

There’s no general formula for how to do that, and skillful means necessary to take the next step. It’s not an all or nothing thing, it’s about what’s the natural next step towards the future that’s calling us. It’s almost like we can sense that future on the horizon and that there’s a path that goes to it, and there are many other paths converging in the present, each of them leading to a different future. We might have an experience where we witnessed true generosity and cooperation, or the magnificence of our own gifts and have that feeling of “This is what I’m here to do”, and our world could be built on that but then it just passes and we’re back to normal, but it doesn’t feel like a trick of the universe to temporarily comfort someone from the grim reality that we’re in. It feels more like an outreach from the future to the present. We don’t need to know or map the entire path. All we need to do is recognize the next step which comes from new information that comes from different experiences which awaken something that recognizes that it’s true, and recognizing it is a reprogramming which then enables one to see an opportunity that they would otherwise not have seen.

What opens conversation up to extend beyond the bounds of normal is where normal isn’t working very well especially if there’s some kind of crisis. Even before COVID-19 hit, we were a society in growing crisis with a financial and health crisis on the horizon. With the Coronavirus dealing such a massive blow to normalcy, all kinds of ideas are entering the public discourse. If someone for example suggested the grounding of all commercial aircraft because of climate change, people would say that that’s preposterous, but it happened because of the Coronavirus. That demonstrates what humanity can do when we’re united in a common course. When we have unity and coherence, we can do anything. None of the world’s problems are technically difficult to solve because the difficulty is purely political.

“As normal stops working, then ideas that had been off the table are brought back onto the table” – Charles Eisenstein

Deep at the root of the crisis of civilization is a crisis of belonging where because of the dissolving of community, people don’t know who they are because our identity is built from our relationships (because we’re not separate selves). A few generations ago, it used to be that in most places on earth, one would know every single person that they saw. One would know every land form and the stories behind it. People were connected and at home. The modern economy, modern technology, and the labeling and categorizing of everything by science have all pushed us apart in various ways, and replaced our dependencies on each other with dependencies on vast and personal processes, and destroyed the stories that told us who we are and why we are here. Without those relationships and stories, we have a hunger to belong, feel at home, and for identity. One way to source that is through identification with an in-group or an idea, in such a way that one can know themselves as good and right, because they have the right ideas and opinions. Therefore, if someone attacks us for our ideas, it feels like a personal attack.

“As community breaks down people become more and more susceptible to substitutes that make one feel connected like cults, fascism, or consumerism” – Charles Eisenstein