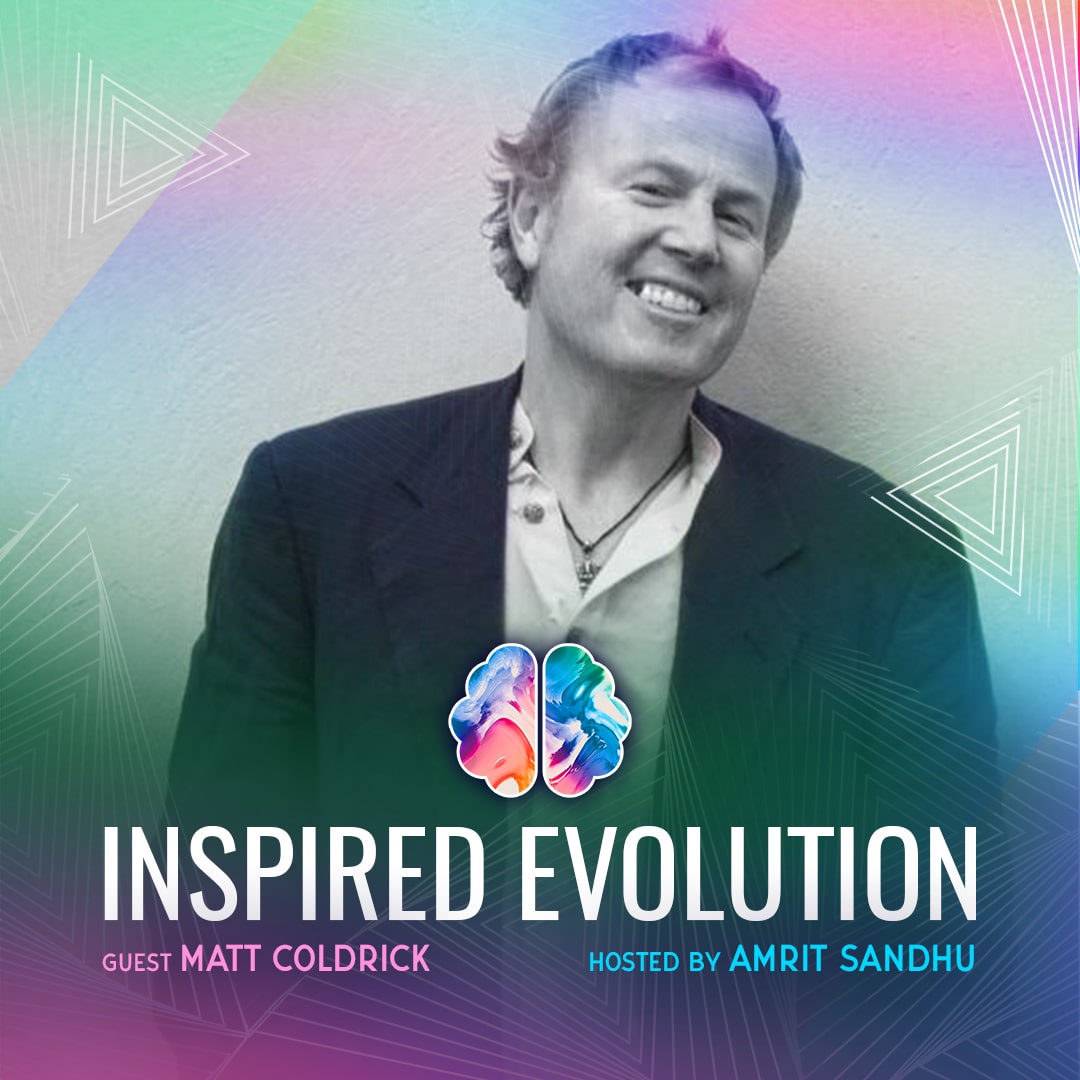 In this week’s episode, Amrit interviews Matt Coldrick known as Pan Electric. He is a musician, producer and coach.

Matt and Amrit talk about the story behind the breathtaking theme Sweet As Rain with roots in Ethiopia.

They dive deep into how music came into Matt’s life, coming home from the east to the west as a major influence in his life, the importance of crafting spirituality in different ways, the pythagorean philosophy and the ratios of music, and how sound heals.

They also talk about community, the importance of music within the community and the way they unite, what it is to be disenfranchised from singing your song and the place music holds in our lives.

A new guitar in hand and listening to a devotional song of George Harrison set Matt’s soul off on a spiritual journey.

In the 90’s Matt became a pop player playing in many festivals worldwide. This life soon made him unhappy and he was given an opportunity to do something different that wasn’t about money.

He went to Ethiopia with a film director behind Live Aid to make a documentary to avoid kids reaching an early death. Matt contacted Ethiopian folk musicians to play their music and they were able to get fantastic recordings for the soundtrack. Back in England he finished that song and created “Sweet As Rain”; five years later they combined it with African folk.

Matt tried to reconnect with the Ethiopians to honour their work, but it was impossible. Years later in Melbourne, he knew a lady involved in Water Charity connected with Ethiopia. Feeling guilty that he hadn’t been able to give royalties to the musicians, he decided to donate the equivalent to Water Charity. It was a relief, but he keeps on donating and trying to find these amazing guys.

There is a strong sense of connection to spirit in Matt’s story. As a result, he has produced beautiful sounds. Amrit deeply connects to his story and sees the link this sound has with The Inspired Evolution. If you enjoy this music, please donate here: https://watercharity.com/

Matt now lives in Greece because he disagrees with England’s politics – he considers himself European – and he is still recovering from coronavirus. He has done a lot of meditation and is on a journey to use music as a healing tool. He doesn’t know where this journey goes, but he is going to go with it.

Coming home from the east to the west has been a huge influence in his life. He has the capacity to embody aspects of faith as a result of exploring many others and believes spiritual diversity prevents us from falling into a sense of dogma. He has tapped into Greek origins, discovering with Pythagoras you could heal using sound and harmonic frequencies, Chinese herbalism, and now Franciscan spirituality.

Music is being used in many different ways. It congregates people and connects different cultures, promoting diversity and growth. Matt believes context and community are key to living in a more meaningful way. There are many views of ethical value and no human is an island unto himself.

There is an emotional context in sound. Music’s rhythmic power enchants us into a world that disrupts conventional narratives to be able to tap into our inner narratives and helps us harmoniously connect about things that are not easily said. “We were singing before we were speaking”

Many of us feel disenfranchised from the sense of song because it is at the forefront of the commercial process of selling popular culture.