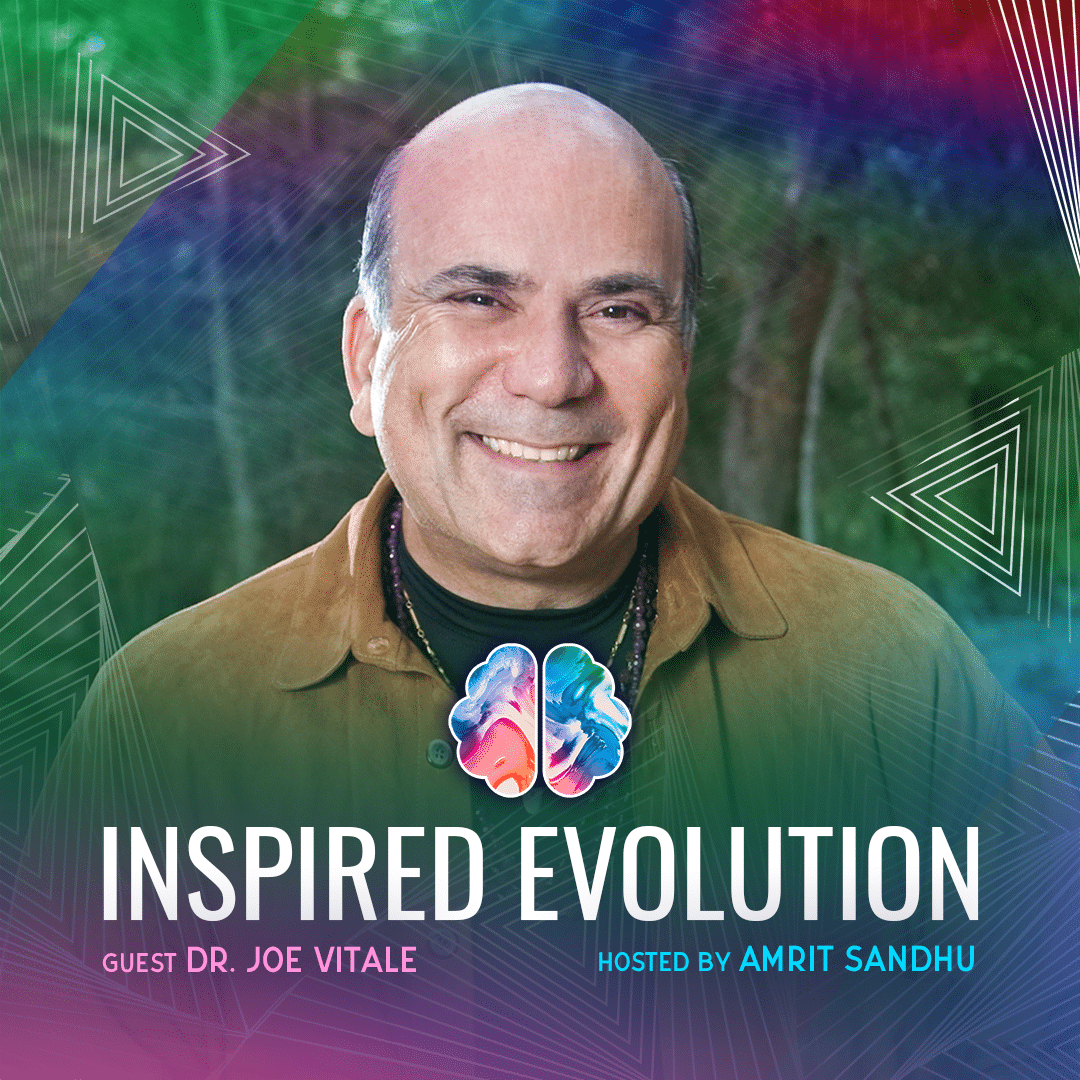 Our guest this week is Dr. Joe Vitale, a spiritual teacher, motivational speaker, coach, actor, musician, and the prolific writer of over 70 books.

Joe has been writing books since the 1980s and his main themes are on success and the power of attraction. He aims to change people’s belief systems through his writing and motivational talks.

Once homeless, Joe carved his way up to become a recognized and highly successful author. He became a best selling author when he wrote The Attractor Factor: 5 Easy Steps for Creating Wealth (or Anything Else) From the Inside Out in 2005. He believes that people can do anything they set their mind on, and that they should not be limited by anything. In addition to writing many books, he has also recorded 15 albums, and appeared in several movies including The Secret, the Opus, The Abundance Factor, Try it on Everything, the Meta Secret, and Leap!

Joe believes in the power of having the right perspectives in life, right thinking, and creating positive beliefs. He has used these principles to change his life situation. He was homeless in the 70s but by developing the right mindset he managed to overcome that. He also believes in sharing the knowledge he has acquired over many years through his many audio programs and books, and in helping people overcome their limitations.

Joe discusses the importance of finding one’s passion and following it. He believes that one doesn’t have to be sure whether following his or her passion will lead to success, and emphasizes on the importance of following one’s instinct and looking above limitations. He describes how he was able to achieve that by following his calling for being an author. Before he achieved that, he had been homeless for ten years on the streets of Dallas.

He realized that he was homeless because he had the wrong beliefs. He began questioning those beliefs and that enabled him to realize some truths about himself. He doesn’t believe in the mantra that an old dog cannot learn new tricks, and he proved that by beginning to record music when he was 60 years old despite the fact that he did not come from a musical family. Joe believes that once people start questioning their not so positive beliefs objectively, they should do everything they can to erase them.

“When you collapse your beliefs, you accelerate your results ” – Joe Vitale (05:20)

He describes how people’s self consciousness determines their position in life and the decisions they take. People don’t know that they’re in a belief system because they live in it. It’s part of them. Joe states that he did not know that he was in poverty because of the beliefs in his head, and those beliefs made him think that he was okay even though he was living in poverty. He highlights that beliefs influence perception and the way people live.

“ We don’t know that we are in a belief system because we look at it as our life, it looks like reality to us” – Joe Vitale (9:18)

Most people know their calling deep down, but they rarely admit that they do. The easiest way for anyone to know their inner drive is to observe if they light up when they talk about it. A major factor that prevents people from following their calling is the unwillingness to take responsibility, and so it’s easier for them to remain in their comfort zones, and dismiss their passion by saying that they don’t know what it is. Fear also cripples people and hinders them from seeking whatever is necessary to realizing their passion.

Joe believes in the idea of a higher power or the divine, and he discusses how people can enrich their lives through prayer. He talks about his principle prayer in saying, “I am sorry. Please forgive me. Thank you.” and “I love you.” In that regard, one has to take personal responsibility individually. Spirituality is important in clearing beliefs by erasing negative thoughts and creating peace. One should apply the principles of prayer into a situation even when it does not concern them directly.

“Whatever anyone says or does that’s in your awareness, you are responsible for”- Joe Vitale (28:20)

Life is an optical illusion generated by our beliefs. What people see is based on their belief shelters. People can find evidence for whatever they believe, regardless of whether their thinking is right, but it’s possible for them to enrich their lives if they believe in something powerful. What people are getting right now, or the state of their present situation, originates from their self-conscious beliefs. To overcome present circumstances, it’s important to write all the beliefs down and look at them objectively, and then dismantle the mind software that causes those beliefs.

Surrendering is essential, yet it is not easy and it requires trust. One can only learn to surrender through practice, and that starts by taking action. Learning to trust one’s instinct or gut is of critical importance.

“There is nothing wrong with thinking, but let’s bring in intuition, and let’s bring in the gut instinct, and lets balance both of those” – Joe Vitale (36:20)

Joe discusses the four stages of consciousness which include victimhood, empowerment, surrender, and awakening. People are born into victimhood and the stage is controlled by self-conscious beliefs. Empowerment involves taking action. The third stage involves surrendering to the divine or the high power. There is no such thing as perfection, and there is always someone who will criticise. 0ne must let go of the idea of perfection so the get to the level of surrender. Awakening (Or enlightenment) comes by grace.

Intentions are powerful and they help align the mind and body to go in a particular direction. However, inspiration is better. Intentions come from the ego while inspiration comes from what’s outside of us and it descends to us. With inspiration, there is always a way and anything is possible. One just needs to do the research to find someone who has done it, and there they will find the inspiration to do what they desire to do to achieve a certain goal