Emily Fletcher on How to Stress Less and Accomplish More 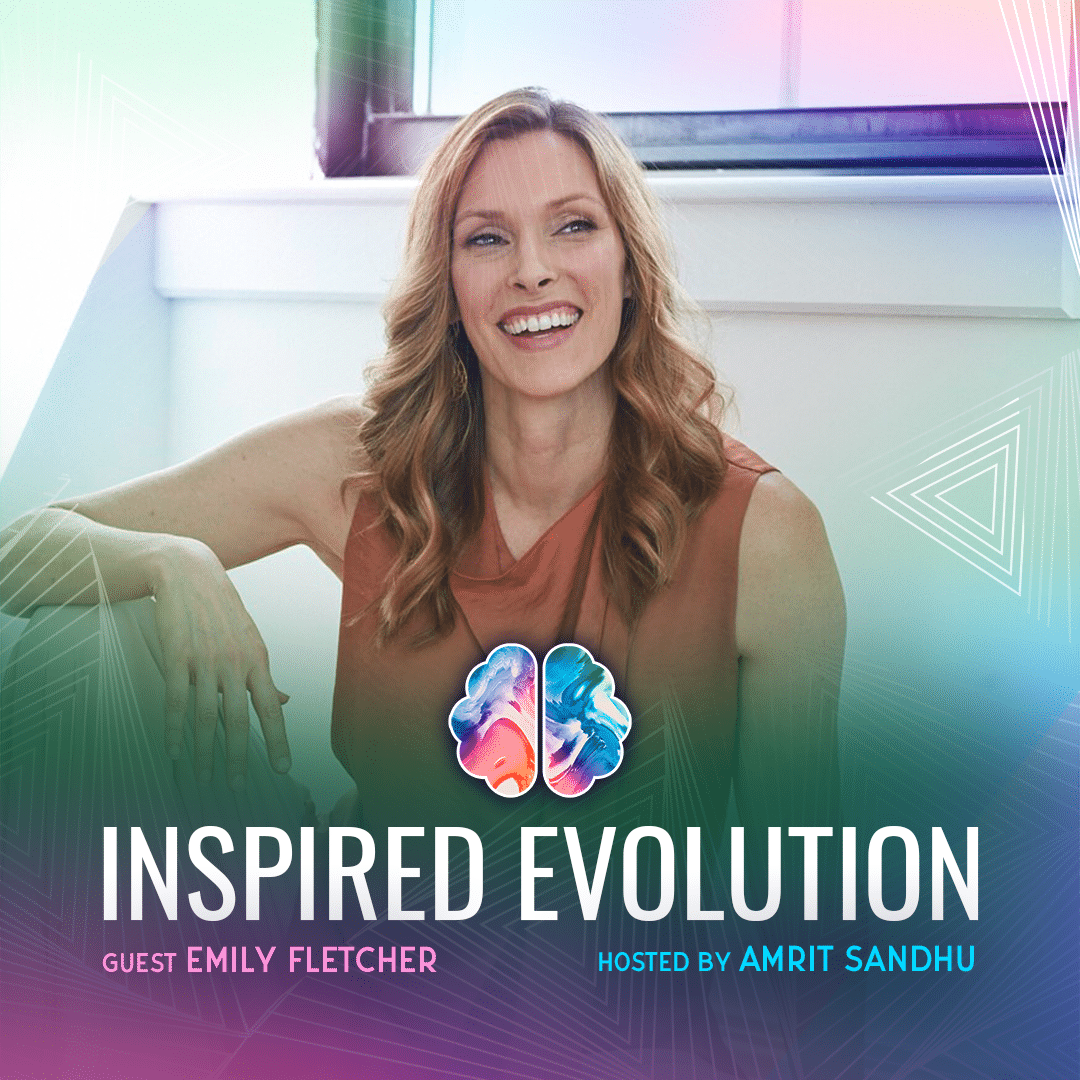 Our guest this week is Emily Fletcher, the founder of Ziva Meditation, creator of The Ziva Technique, and the leading expert in meditation for high performance. Book available HERE.

Emily is the author of the bestselling book Stress Less, Accomplish More which debuted at #7 out of all books on Amazon. Her recent accomplishments provide a stark contrast to the stressed out Broadway performer she was ten years ago. During her decade-long career on Broadway, which included roles in Chicago, The Producers & A Chorus Line, she began going gray at 27, suffering from insomnia, underperforming at work, getting sick 4 to 5 times a year, and believing this was all “normal.” Click here to get your copy of her bestselling book Stress Less, Accomplish More: https://amzn.to/3bDtjm1

Thankfully, she found a powerful practice that cured her insomnia and improved her health on the very first day. Her physical and professional transformation was so dramatic that she felt inspired to share it with others.

One year later, Emily left Broadway for Rishikesh, India to begin what would become 3 years of teacher training. She later founded Ziva in 2011, opened the NYC studio, and created the world’s first online meditation training.

After years of teaching thousands of people, Emily realized that meditation was not enough to help her students perform at the top of their game. So in 2017, she developed The Ziva Technique, a powerful trifecta of mindfulness, meditation and manifesting designed to unlock your full potential.

The New York Times, The Today Show, Vogue and ABC News have all featured her work, and she’s been named one of the top 100 women in wellness, has taught 20,000 students and has spoken on meditation for performance at Google, Apple, Harvard Business School, and Barclays Bank. Ziva graduates include Oscar, Grammy, Emmy and Tony award winners, as well as NBA players, CEOs, busy parents, and entrepreneurs.

Emily believes that we don’t meditate to be better at meditating but to be better at life because so many people start meditating and end up quitting somewhere along the way because they feel like they can’t clear their mind enough to do it properly. She encourages people to focus more on the real benefits of meditation (like being kind, present, compassionate, creative, intuitive, and much more) which is what people really look at.

She started meditating 11 years ago and teaching 9 years ago, but before that, she had no idea what meditation was. She had been performing on Broadway for 10 years and her work there gave her a lot of stress, anxiety, insomnia, and other health complications so she signed up for a 4-day course where the first thing she had to do was meditate. That meditation enabled her to sleep through the night for the first time in 18 months, and every night since. From the curiosity of wondering why everyone was not doing meditation, she decided to leave Broadway to go to India where she started a 3-year training process to teach. She’s excited to see that the world is waking up to the benefits of meditation.

“I don’t have grey hair now, I was legitimately going grey at 27, I didn’t get sick for eight and a half years, and most importantly, I started enjoying my job again” – Emily Fletcher

She explains how the human stress reaction is borne out of predatory attacks by describing the series of chemical reactions that take place when we are stressed, and how that keeps us from performing at the top of our game. Practicing meditation and other mindfulness techniques helps people in dealing with stress and Emily talks about how the meditation portion of Ziva helps a person in creating a trait change that is based more on getting rid of stress from the past because the accumulation of stresses is what makes us stupid, sick, and slows as a species.

“If all your doing is dealing with your stress in the now, that’s a very western, like treat-the-symptom type of thinking” – Emily Fletcher

The three states of consciousness that we’re all familiar with are waking, sleeping, and dreaming. Emily highlights the reason for insomnia as the fact that many of us use sleep as a time for stress release because sleep is the most effective form of rest that we have if we don’t have a meditation practice. Emily’s Ziva meditation enables one to access and cultivate a verifiable fourth state of consciousness which is different from waking, sleeping, or dreaming. It enables someone to give their body rest that is about five times deeper than sleep which then facilitates the body’s healing even from stress.

Emily believes that society should focus less on chasing youth and more on chasing health. She explains how people equating health with youth is what leads them in the wrong direction, but with meditation (as studies have proven), one can reverse their body age by somewhere between 8 to 15 years.

“We gotta chase the right thing, and in this case, I think it should be health, not youth” – Emily Fletcher

This is all about consciously creating a life we love or getting intentional about what we want our lives to look like, which a lot of us aren’t doing. It all starts with asking ourselves the simple question, “What would I love right now?” Emily has found that the combination of meditation and manifesting is so much more powerful than either one alone. One can meditate all day, but if they’re not clear about what it is they want, it’s very hard for nature to give them the thing, and vice versa.

“The trick, if there is one, is imagining the dream as if it’s happening now” – Emily Fletcher

Emily advocates for two meditations per day, one in the morning and one in the afternoon. The one in the morning deals with all our stress in the now and the afternoon one gets rid of the stress from the past, which is where we can get a return on our time investment. Emily did a Mindvalley talk about the importance of alleviating our stresses so we can usher ourselves into higher states of consciousness. She outlined the three biggest challenges to the human species, namely climate change, terrorism, and racism/separateness, and highlighted how they are all symptoms of deeper underlying imbalances that are created from a lack of consciousness. She talked about up-leveling our state of consciousness (through meditation) as a solution to those intense problems.

“We cannot consume our way to happiness” – Emily Fletcher