Jasleen Aulakh on Living and Expressing Life Through Music 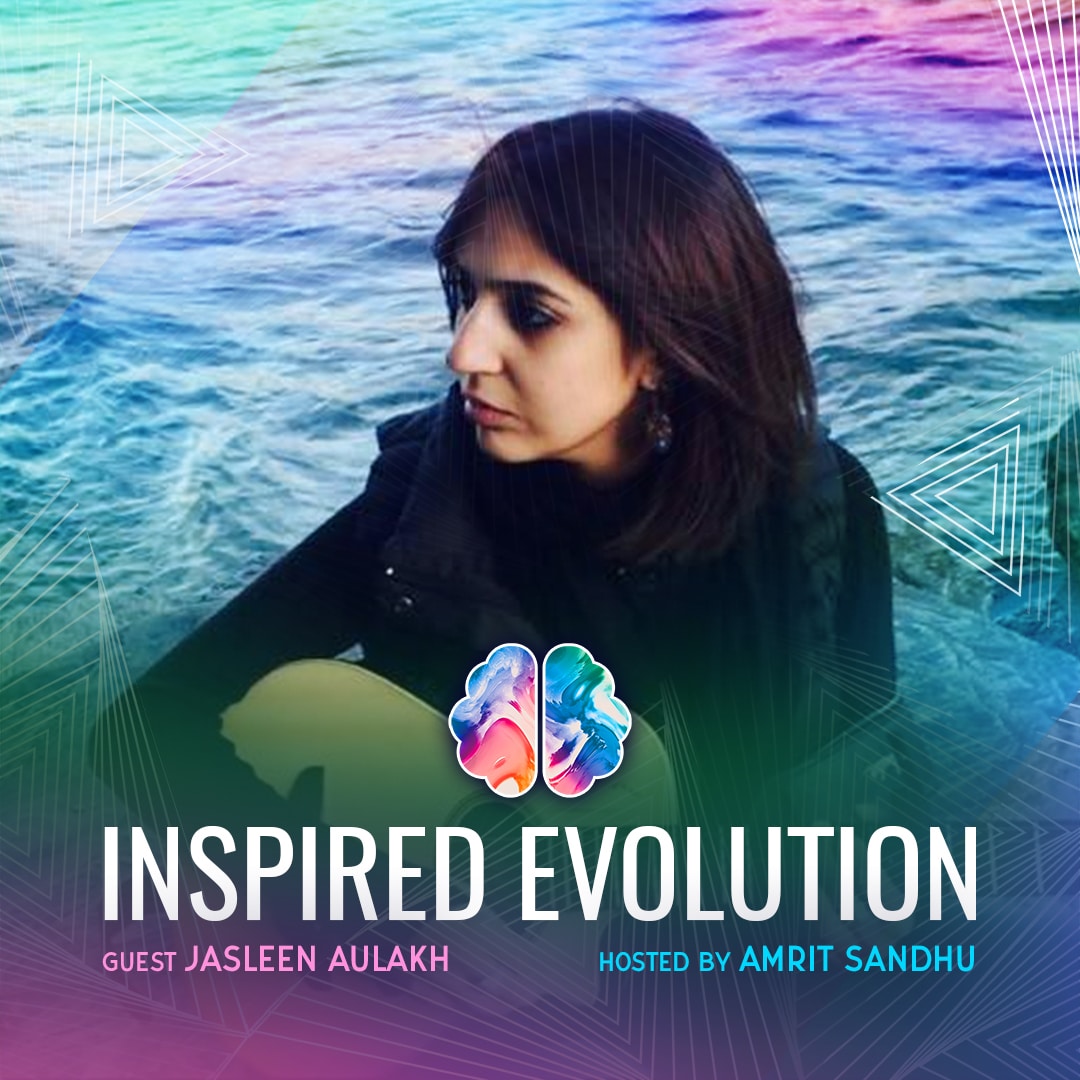 In this week’s episode, Amrit interviews Jasleen Aulakh, a multifaceted professional singer. She is the lead singer and director of a project that breaks free from all confinement of language and genre to create soul stirring music, and draws attention to all aspects and fabrics of life both happy and challenging ones.

Jasleen and Amrit dive deep into Jasleen’s journey from having a master’s degree to becoming a revolutionary through the art of her music and they refresh the importance of connecting to something that can inspire and create a positive shift in others.

They talk about when Jasleen realized music was going to be a big part of her life, the creative journey with her mother stepping into music, what and who inspired her music and all the challenges she has faced along the way.

Furthermore, they cave into some of the most romantic and revolutionary songs, and the story behind them: “Ranjha”, “Aunty” and “Munda Lambaraan Da”. All of her music has distinctive energy and speaks to God in a very beautiful way. They converse about what her connection to God means and how it inspires her music, and how her own music has helped her grow.

In this chapter you will learn how to make a profession out of something you love, how to connect to something that can inspire and create a positive shift in others, how to engender a positive belief in yourself, how to take courage and stand for what is right and how to communicate with people who want to deter your objective.

Finally discover how music can help you vent your frustrations, how to do what you love despite challenges along the way and the importance of having somebody believing in you when you can’t believe in yourself.

Jasleen Aulakh is a multifaceted professional singer who is also part of a project that breaks free from all confinement of language and genre to create soul stirring music.

This band is a coming together of two young and highly talented artists, Polly Saghera as the lyricist, and her daughter Jasleen Aulakh, the lead singer and director.

From slow rock, contemporary Sufi, country and folk music in several languages like Hindi, Punjabi, English and French, Jasleen sings with a mellifluous unique voice and leaves an indelible mark on the listener’s mind. Her ambition is to fuse different styles of music into one.

Polly’s lyrics are hauntingly beautiful and draw attention to all aspects of the fabric of life; it’s joys as well as it’s challenges.

Both mother and daughter share the same goals to make meaningful music without sermonizing and to popularize folk music in India taking some of the great Sufi poets’ philosophy.

Having mainly been a ‘One Woman Band’ to begin with, Jasleen also performs with a band of talented musicians, and all their music is arranged and produced by Aman Nath in Mumbai.

The songs are in several languages like Hindi, Punjabi, English and French. On youtube they have gained a lot of popularity, received veneration from all over the world and are all available on iTunes, Amazon, and Spotify.

“Believe in yourself and keep going, that is the only way to make life beautiful and worth living”

When Jasleen realized music was going to be a big part of her life: (02:32)

Ever since she was born Jasleen has loved music. Dive in and discover her mother’s inspiring words to help her have the courage to do what she loves no matter what.

Jasleen’s relation with God and how does it inspire her music: (05:07)

Jasleen believes there is a higher power out there and that God could appear in many different forms. She strongly believes that we all need to believe in a higher power to keep us grounded. Cave into the episode and discover what Sufism seeks to practice and how it inspired her music.

“I dedicate my song to something I am passionate about”

Music and artists that inspired her music: (10:27)

For those who don’t know Sufi artists, take advantage and come across in this episode a couple of them and what they believe in.

Art as a help to navigate the process of being revolutionary: (11:40)

Art can definitely help anyone steer through a revolutionary process. Art gives us an outlook on how we are feeling during challenging times and can operate as a powerful weapon for uniting and educating people.

A revolutionary humorous song that speaks to women’s rights and is against age-shaming of women. Dive in and listen to the song in Inspired Evolution’s mentioned resources.

Jasleen was counselled by her mother in a crucial time of her life.

“Once she started writing the songs for me, there was no more looking back”

Many are the challenges she faced to be a musician. Some from a sex perspective, challenges of being of another gender, and also cultural ones. People think music is meant to be a hobby and you can’t make a career out of it. People don’t realize the work that goes into it and Jasleen, as a global professional singer with several fans on youtube, demonstrates all the contrary.

“Keep on going as long as you believe in it”

Advice on how to communicate with people who want to deter your objective: (22:12)

Patience and belief are key!

“As long as you believe in what you are doing, nobody can deter you from your objective.”

What helped Jasleen imprint a positive belief in her mindset: (23:38)

Amrit is so right when he says that the community and the loved ones have tremendous power. The value of somebody believing in you when you can’t believe in yourself, that is one of life’s greater gifts. Jaseleen quite often has felt down but her mother has always been there to lift her spirits and support her.

“I won’t accept defeat, so I will keep going”

Polly and Jasleen have polished this version into a beautiful one. It is a song that has the essence of the tradition in it but adds the flavour of modernity.

It has connected Amrit and his partner to the memories of when they first met. Dive into her youtube channel and share with us your favourite song!

Standing in belief for something as an appreciation of faith: (29:05)

Sufis broke free from the rigidity of other religions, basically whatever was rigid, something which demanded a lot of courage. They stood for what was right and what they believed. Here is the reason for feeling so connected to her beliefs.

“Break free from the rigidity”

What keeps Jasleen inspired and creative: (32:23)

If Jasleen is not feeling inspired with a song, Polly rapidly turns up with a new one!

Dive in and listen to her resite, in her mother tongue and in the most romantic and beautiful way, her favourite song written by Polly Saghera! Jasleen blends both her mother’s and Sufi lyrics all together in one.

“Hang on, hold on, maybe one day we will be able to live in that world”

“It is our dreams that help us escape this world”