Finding Your Voice to Live Impact-Fully with Jon Yeo 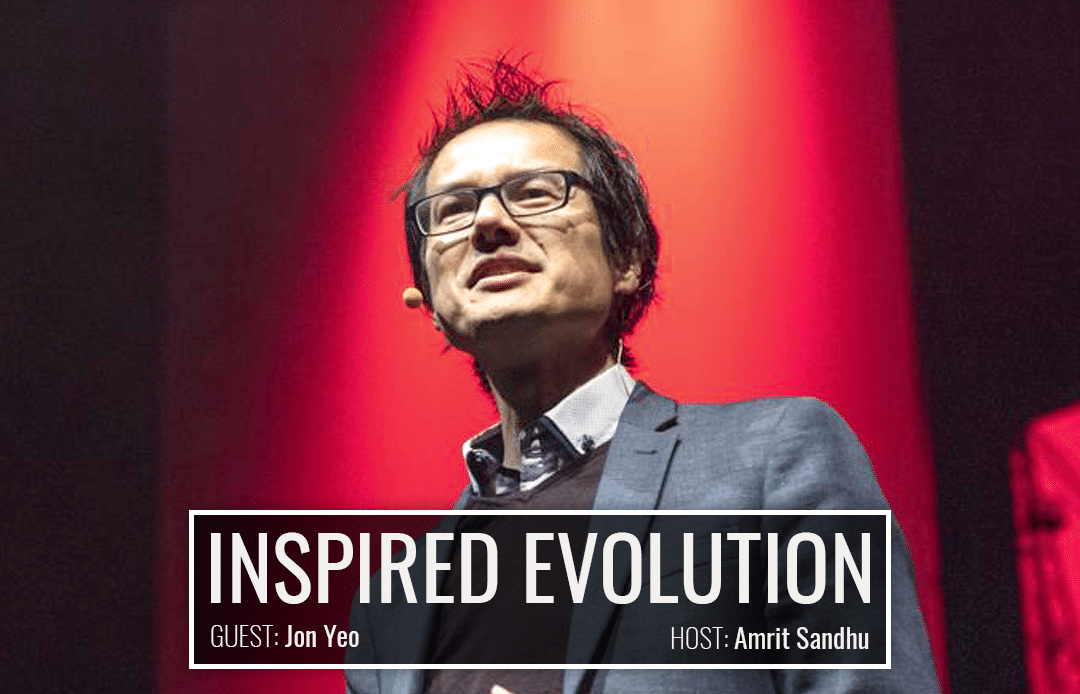 Our guest for this week is Jon Yeo, Speaker, Executive Coach and the Co-Founder of TEDx Melbourne.

Jon is an executive coach who helps leaders share strategic messages in meaningful ways. He’s well known for his ability to articulate the complex simply and he works with CEOs and senior leadership teams to build trust, empathy, and engagement in an increasingly distracted world.

He works with many famous national and international brands such as SAP, Princess Cruises, Auspost, MYOB, Deakin University, DHHS and DET. Jon is currently developing his training into the core curriculum for University MBA programs.

Jon is the former president of Professional Speakers Australia and is the current Licensee of TEDxMelbourne. He selects and preps all speakers personally for each conference in order to create a true spectacle of sharing and inspiration.

If Jon has any “spare” time, he works with Youth, Youth at Risk and Diversity and Inclusion programs of major international organizations.

TEDx is a place for people who are doing some remarkable things in their area of expertise and are looking to share their ideas and visions with the rest of the world. Jon shares some insights regarding the vibes and the addictive quality of the support and the energy you get from exchanging ideas in a setting that’s proven to be highly stimulating.

“There is a genuine interest in helping each other! And so this is really… a strong sense of community – how do we support each other through these grand visions that we all hold” – Jon Yeo

Jon is a huge believer in the fact that you can make a big difference in the world by doing accumulating small gestures you volunteer every day over an extended period of time. It is a belief that he acquired through his upbringing and there’s an entire TEDx talk that he made a while back centered around this idea.

In our introduction, we’ve mentioned that Jon is well known for being able to articulate complex things simply. But he’s often encountered a mindset that people feel there needs to be something more to the story. Like we somehow expect that complexity itself adds value. He reflects on the universal and effective nature of first principles and how we can use them to build momentum.

“If you think about first principles, none of those are complex. Yet they’re all universally and infinitely effective. I think people don’t want to think about first principles. Mostly because it takes a lot of time, it takes a lot of effort and sometimes it’s confronting… And it’s that… resistance… that causes that momentum to be lost because we spend all our effort trying to break our inertia, rather than all our effort optimizing around that momentum.” – Jon Yeo

This was a unique experience for us to get valuable insight into what makes a strong TEDx Talk and Jon was very generous and honest in his response.

In order to get your story out there, you obviously need to have a strong position. But Jon also recognizes the necessity of creating attention and how you also need to invest your time and resources in an effort to develop a disproportionate amount of it.

“If you have a great idea, it’s not of any help to anyone if it doesn’t create attention. And a disproportionate amount of attention. If you think of great brands that always do that sort of thing, you’ve got… Elon Musk and his tweets, Richard Branson and his PR stunts… Once you know that you need to do that,… the other two factors are momentum and timing.” – Jon Yeo

Jon believes that each and every one of us needs to draw strength from and own a tendency to be the best person they can be. The consequences of not doing so can be dire for our growth and progress which he wonderfully explores using the relationship between three very important factors – Potential, Opportunities, and Momentum.

During the talk, Jon mentioned that we have a moral obligation to do our best, but he also recognizes that doing our best needs to encompass a notion of giving and sharing with others. We must not allow ourselves to be consumed by self-serving values.

“I don’t think that our value to the community and the way that we will get rewarded is by self-serving attitudes and values. The only way humanity and community and culture and business and everything else we believe is important to us can really grow and amplify is if we’re constantly investing in that bigger picture.” – Jon Yeo

Oh, how I loved talking to Jon and what a blessing this conversation has been! His analytical mind combined with a tendency to strive towards the simple provided me with a ton of inspiration and I hope they will inspire you as well. This has been a wonderful conversation about momentum and finding a unique voice that will help you tell your story in a way that affects the world for the better.

“Stay the path. Believe that when you see something and that it lights you up – that is the right way. Be willing to that in order to have something new you have to give something up as well.” – Jon Yeo