Larry Benet on The Most Powerful Connection Strategies 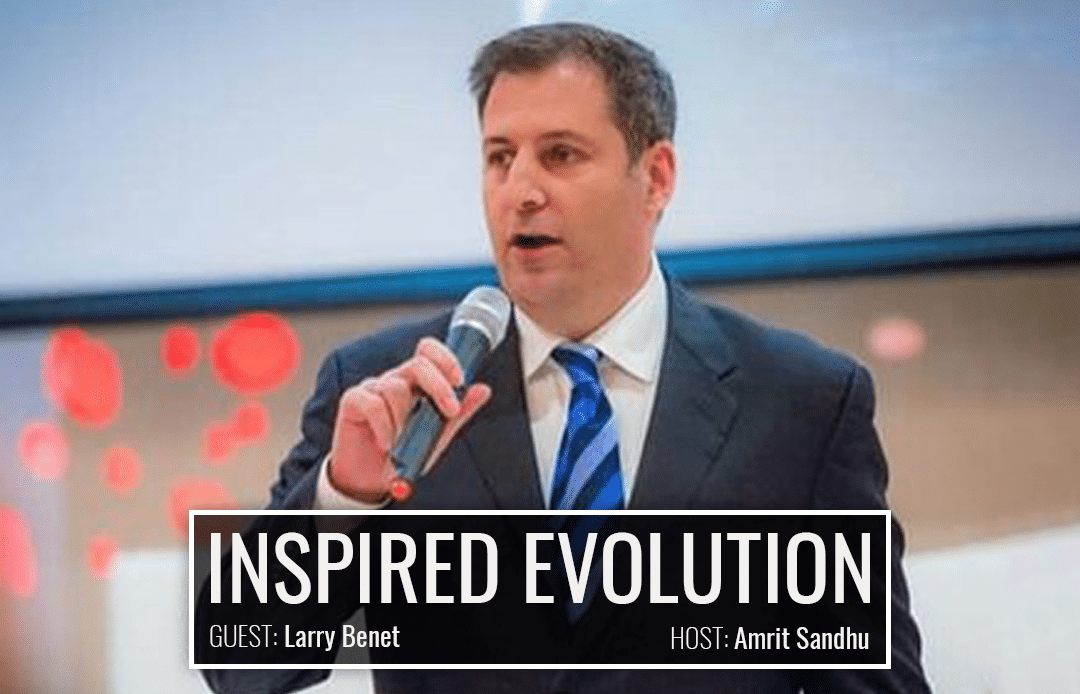 Our guest for this week is Larry Benet, a thought-provoking and highly entertaining seminar speaker often referred to as “One of the Most Connected People on the Planet”.

Larry is a world-renowned Connector and the Founder and CEO of the Larry Benet Agency, the Thought Leaders Mastermind Series, SANG Events (Speakers and Authors Networking Group), and the creator/author of the Connection Mastery training system. SANG is a group of some of the most successful speakers and authors in the world. On the list of SANG Members and Participants, you can find esteemed professionals such as Tony Robbins, Les Brown, Peter Guber, Jack Canfield, Mark Victor Hanse, Harvey Mackay, Keith Ferrazzi, Tony Hsieh of Zappos and Paula Abdul.

Larry’s goal is to raise a billion dollars over his lifetime through his connections, business ventures, and social influence. He is a strong advocate for many charity organizations and believes that we CAN and WILL change the world, and solve the problems that plague so many people in America.  He is the past Chairman of the Tsunami Disaster Relief Project, where he brought top business leaders together to raise money for the victims of the Indonesian Tsunami.

He has also supported the Larry King Cardiac Foundation, served on the advisory board of the Wyland Foundation and the Soul of Africa, and has helped raise money for Richard Branson’s charity, Virgin Unite. When Larry isn’t working, he likes to attend live concerts, sporting events, and award shows like the Grammy’s. On the top of that list, however, is spending time with his 4 little nieces.

Larry has never been excited about networking and doesn’t encourage it at all. He is more focused on connecting with influential people and other people in general and believes more in helping people, adding value to their lives, serving them, and making a difference in their lives in an authentic manner.

“One of the last things that I personally would like to do is go to an event where I don’t know anyone and try to walk up to random strangers.” – Larry Benet

His recipe for connecting with people starts with creating an authentic meaningful personal connection with someone, followed by finding out what is most important to them, helping them get what they want, being a good VC (Value Creator), and setting up a good strong follow up system that will ensure you stay in touch with them.

“You don’t have to be a venture capitalist, but if you can just master the skill of value creation, in my opinion, that’s one of the most valuable things you can learn.” – Larry Benet

Finding out what’s important to people both personally and professionally is a game-changer and the best method is still – just to ask them, point-blank. And if you can help them to get closer to achieving it – your relationship will be off to a great start!

“After I have a rapport with someone, I’ll just come flat out and ask them what’s the important project or goal they’re working on in case I or my influential network might be able to help them.” – Larry Benet

In life and business, people prefer to do business with people they know, like, and trust. But Larry believes that when we help others, we make it easier to connect with those people, and this the fundamental meaning of relationship currency or relationship capital. There is so much power in realizing that there is always someone who has what another person wants.

“The reality is, what you want in life, someone else already has.” – Larry Benet

A great example of just how deterring lack of trust can be are the relationships between the republicans and democrats in the United States. They don’t trust each other. The resulting effect of that is that it takes them a very long time to pass legislation. Trust is critical and the fact of the matter is that whenever trust is involved and we go out of our way to help someone, a lot of value is being exchanged. It’s a lot easier to get the end result done and to do it way more efficiently.

“When there is no trust, things take a very long time.” – Larry Benet

Connecting with people is a way of life for Larry, and he encourages people to incorporate reaching out to three people a day into their daily structure. This should include showing appreciation by, for example, pulling out your phone and texting someone you haven’t talked to in a while and tell them how you value them. It’s really all about being thoughtful!

“It’s just being thoughtful more than anything else. It doesn’t have to take a whole lot of time or money.” – Larry Benet

When we come into contact with others, we should think about how we can contribute to them. There are so many ways to do that and it can be as simple as just sharing a book, a podcast, or an article. Larry believes in being a “professional inviter” and advises people to always invite others to events. He encourages giving to givers because when we give to takers all the time, our world doesn’t change very much.

“It all comes down to creating value, being a resource for others.” – Larry Benet

We need to learn how to utilize the advantage our smartphones provide us with. We can write notes about the people we meet and keep track of information that goes above and beyond just their phone number and email. We can write down when we met them, how we met them, what’s important to them, when their birthday is, and so much more. Those details enable us to stay in touch on a more regular basis.

“One plus one equals eleven and the art of staying in touch makes a difference.” – Larry Benet

The fact that connections are one of my highest values made having Larry on such a blessing. I just love how simple Larry’s recipe for connecting with people is and truly hope this episode inspires you to go out there and connect more. The world is full of friends we haven’t met yet!

“If possible, put yourself in an environment where you can connect with others” – Larry Benet