Michael Todd on Conscious Leadership From Above the Line 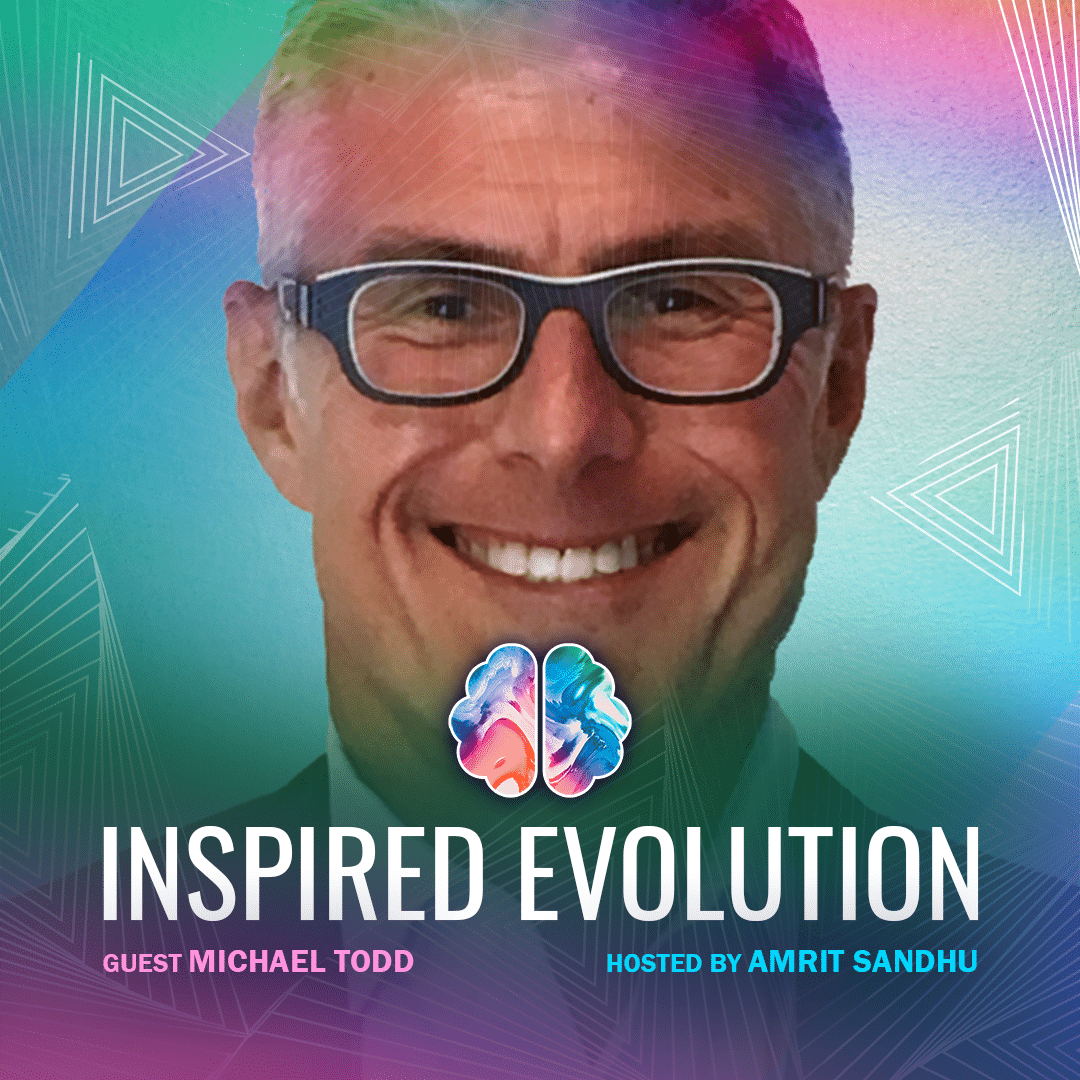 Our guest this week is Michael Todd, the Hallmark Cards managing director for Australia and New Zealand.

Michael is also a certified conscious leadership coach who loves to play and toddle. He has experience leading across 35 countries, large multinationals and entrepreneurial start-ups across food, agri, packaging, and technology. At Hallmark, he is accountable for driving product leadership, growing market share, and building more successful relationships with retail customers in the Australia and New Zealand markets.

In his previous role, he worked as general manager of Global Foodservice Customers for Fonterra, a New Zealand-based multinational dairy co-operative responsible for approximately 30% of the world’s dairy exports. He also has experience with a number of consumer goods multinationals including Mondelez, PepsiCo and Amcor Packaging.

His energy comes from working with diverse customers, teams, and countries; getting to the bottom of a customer need. He feels there is a ‘buzz’ to shaping a unique solution with a team that is empowered to make a difference and believes we are fortunate to live in a world of great change, smaller in reach, more diverse in needs, and richer in opportunity.

He says there are four states of leadership (not stages because stages are sequential). In the first state, people like it when life happens “to” them because it enables them to live in drama and get a toxic energy that gives them the adrenaline to keep on going. In the second state, life happens “by” someone where they can create possibilities and start to get in a state of flow, awareness, and acceptance. The third one is where life happens “through” someone where they surrender as life shows up, but as a coach, he focuses more on helping people and organizations play a balance between the first state (and the adrenaline that comes from it) and the second state (and the possibilities one can create from it). He refers to that as either being below the line or being above the line.

“The trick with conscious leadership, or just being conscious, is being aware of where you are at any point in time” – Michael Todd

He often doesn’t think he’s working when he’s at work because he sees it as supporting people as they come up with different things. When he is presented with an issue by a staff member, he looks at how he can help the person unpack the drama that exists within the issue by helping them express it and let it out, but not solve it. One must not take solving the issue as a form of responsibility, because that’s more of being a hero.

“Responsibility can often be mistaken by resolving a situation” – Michael Todd

Most businesses operate from below the line and they are highly successful even while being there, but those that operate from above the line have more flow, curiosity, innovation, cooperation, openness to experience and exchange, and love going on. While the state of being below the line is very successful, the state of being above the line creates more possibilities and a peaceful life where people are in their own truth. Below the line is where one thinks about always taking full responsibility for things, and reaches out to solve people’s problems (Being the hero). The flipside to that, which is above the line, is where one becomes the coach and support system to facilitate someone’s ability to solve their problem themselves.

When one finds themselves unable to shift into being above the line or having a balance between below and above the line, Michael advises that one can do a persona interview on themselves so they can start appreciating all the personas, recognizing where they come from, what they want, and their essence. Once one starts to accommodate all the personas, they can start to appreciate themselves. Another way Michael suggests that one can use is the “Recipe”, and this is where one looks into themselves to determine what it is that constitutes the beliefs that they execute or want to execute.

“We deal with stories rather than facts” – Michael Todd

Michael says that the role of leadership is to create the space for an individual to serve others and create the space for others to serve themselves and the leader. He believes his role as a leader is to create a space where they diffuse the drama, focus on the facts, get rid of the stories, and think about and nurture the possibilities. That means that the success of where things go with any issue that arises is determined by his ability to create the space where everyone involved can play in and support. It’s all about “How are we doing it” instead of “What are we doing”

Michael highlights that leaders need to spend more time working with people, working on the context of their business, and supporting people in their business as a coach. He’s very much about working “on the being” and as a coach, and he acknowledges the great opportunity he has to do that at Hallmark. He came across the concept of conscious leadership on a video someone had shared and then also coincidentally learned about it at a book club he attended months later. That got him so interested in the concept that he enlisted himself to become a certified conscious leadership coach.

He had this experience when he was invited to meditate by his coach, and during the meditation, he had to drop it to when he was a little boy, and drop his body to experience the sensation of being a three-year-old boy. He saw himself as a little chubby boy with knocked knees and little Chinese-like eyes. He was running around the back yard with a hose and was occasionally grabbing his mum’s leg. Then the coach invited him to imagine big Michael coming out the back door of the garden, and imagine what would unfold. He pictured little Michael running towards big Michael, grabbing him, and saying, “Hey big Michael. It’s all okay. It’s all okay” That made Michael feel his heart expand. When the coach asked him what happened next, he said big Michael reached over to little Michael and said, “Hey little Michael. It’s all okay”

“Honor the little one, honor the one that toddles” – Michael Todd