Mickey Space’s Autobiography of a Yogi 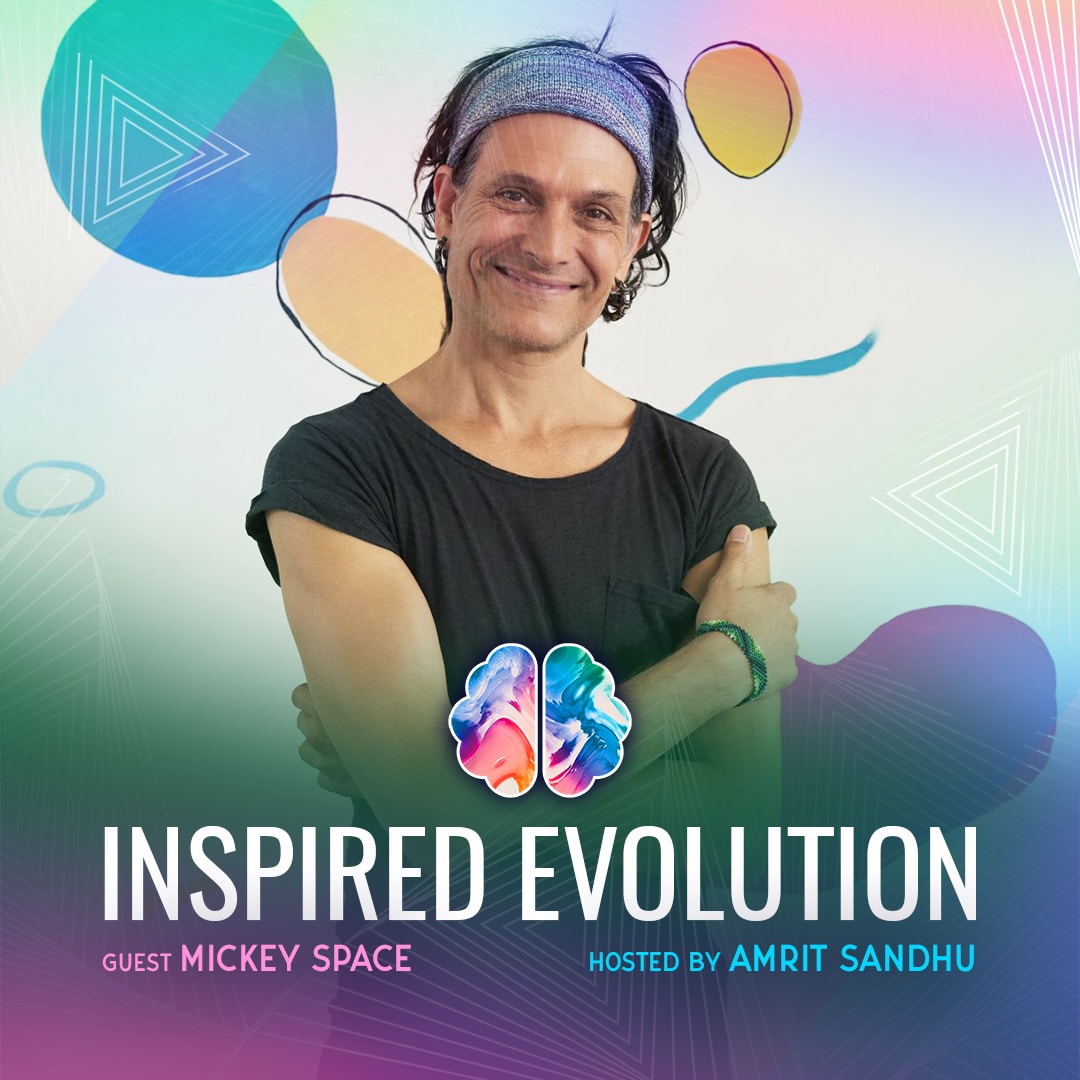 He is the founder of Sparkly Yoga and specialises in holding space as a DJ, or as a Yoga teacher.

Mickey and Amrit talk about how Mickey started cultivating the practice of yoga, the challenges faced coming from a creative world to a society that is totally structured, and how he feels being in harmony with his passion for music, yoga and his spiritual path.

They also cave into how he reconciled the balance of effort and surrender in asana, the evolution of consciousness and enlightenment, the importance of presence on a journey exploring consciousness and finally what Mickey does to keep vital.

Mickey has a diverse upbringing, both Italian and Australian and is influenced by many cultures; hippie revolution & psychedelic culture, The Beatles, punk and grunge, house and techno, and hip hop.

While Yoga in the West adopted a physical practice, these western musicians were getting their influence from the East. The use of psychedelics would open their minds to a deeper reality within and seek answers to questions. This experience took them back to India and the essence of yoga.

Intrigued about this spiritual aspect, Mickey began to do meditation, go to asana practices and learn new concepts while working on visual animation.

In the mid 90’s he went to India, but following his natural inclination to go with the flow, he stopped off at Thailand on the way and ended up living there for eight years. During his stay, he went on a trip to India and on his return he opened a bar where he was able to perform his profession as a DJ.

In 2004 he went back to Australia and worked as a Dj for a living, and in 2007 graduated with a 900 hour in depth teachers diploma.

He teaches full time from Vinyasa to Yin Yoga and sound healing. Being a passionate DJ, Mickey also introduces music and free flowing movement into his classes. In 2018, he became a teacher trainer.

His never ending spiritual journey unfolds towards the idea that self realization is the enlightened state of being and that no material wealth can determine that.

The yoga asana practice of effort and surrender is the balance to be able to live in this material world. Even towards the journey of self realization a sense of effort is needed as well as a balance of deep surrender.

Diving deep into the evolution of consciousness and enlightenment, he realized the age of this physical world travels in repetitive cycles just like nature. Yukteswar called them “The Yugas” referred to a 24,000 year cycle; that has a 12,000 year descending cycle (where man loses touch with the highest teachings) and a 12,000 ascending cycle (where the lost wisdom is relearned again)

Presence is the essence of consciousness and yoga-sutras are the formula to achieve ultimate presence. In the 2nd “yogash chitta-vritti-nirodhah” yoga happens when there is control of the thoughts, the cessation of the fluctuations of the mind. Your mind is a tool to reach an enlightened state and operate in the world. It’s the ego that takes you away from the present moment.

Mickey is vital. He believes it is about having a strong practice and a positive attitude towards life.