Panache Desai on You are Enough 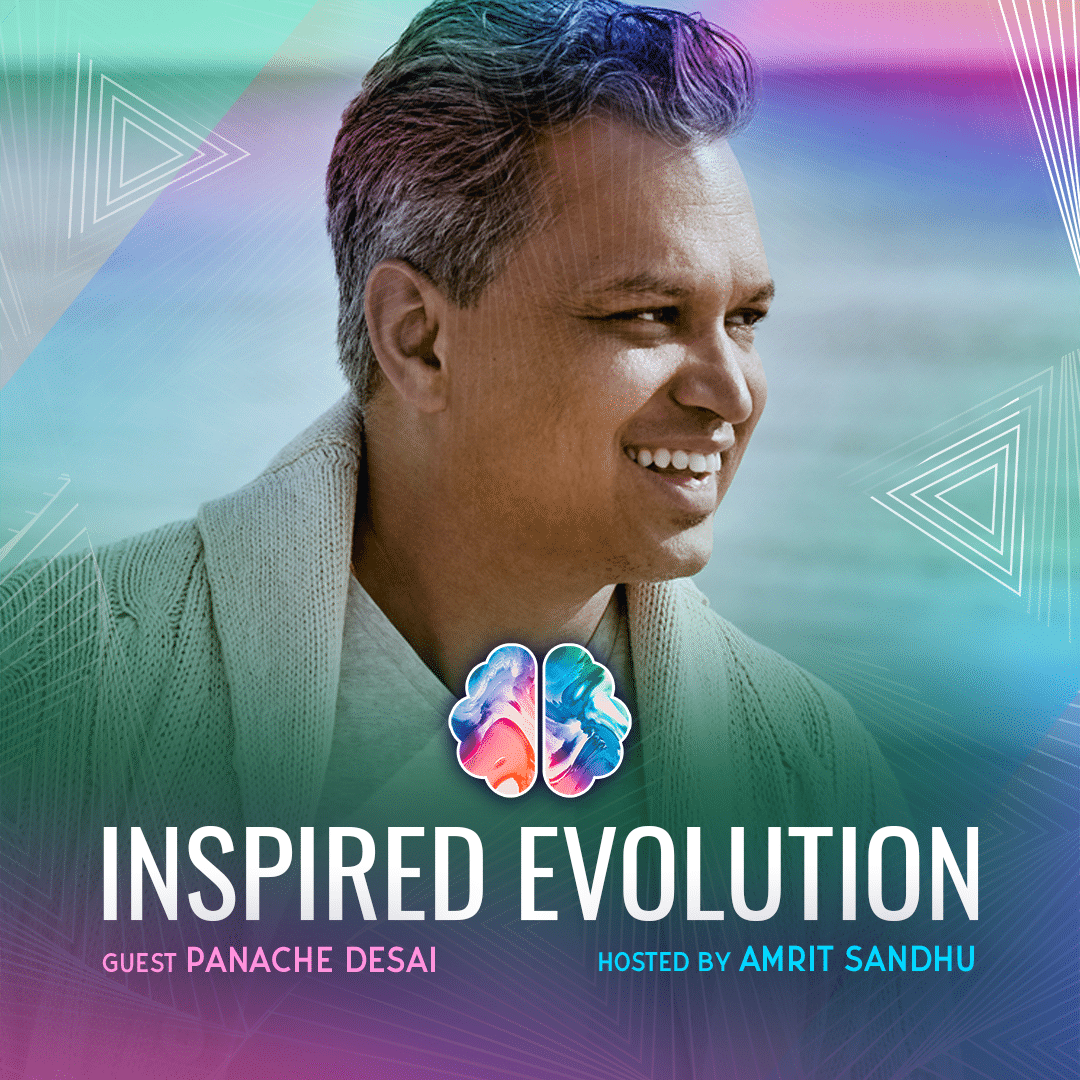 Panache’s message of love and acceptance has drawn thousands of people from around the world to his seminars and workshops. Not aligned with any religious or spiritual tradition, he empowers people to free themselves of pain, suffering, sadness, and self-limiting beliefs. Through his most recent book, You Are Enough: Revealing the Soul to Discover Your Power, Potential, and Possibility, (which you can find at https://amzn.to/2TbK13I), Panache helps people learn to quiet their fear and anxiety and discover the powerful wholeness that exists within them.

After a profoundly transformative experience more than a decade ago, he has committed his life to be a spiritual teacher empowering humanity in the deepest states of connection and awareness and helping people everywhere to directly experience divine consciousness for themselves.

A highly sought-after speaker featured regularly in print, broadcast media, and online, Panache has appeared with Oprah Winfrey on the Emmy Award-winning OWN series, Super Soul Sunday, and was featured on their 2013 season finale, Soul 2 Soul: Asking Life’s Big Questions. He is a featured speaker at the OMEGA Institute for Holistic Studies and the Kripalu Center for Yoga and Health; he has addressed the United Nations Enlightenment Society; and in Spring 2014, he was a featured speaker at The Third Metric Conferences, hosted by Arianna Huffington and Mika Brzezinski.

Panache has also collaborated with internationally recognized spiritual teachers including Reverend Michael Bernard Beckwith, Elizabeth Lesser, Brian Weiss, MD, James Van Praagh, Ram Dass, Alan Cohen, James Redfield, Colette Baron-Reid and Neale Donald Walsch. His first book, Discovering Your Soul Signature: A 33-Day Path to Purpose, Passion, and Joy, takes readers on a 33-day path of meditations (short passages to be read at morning, noon, and night that are designed to dismantle the emotional burden that holds us back and open us up to changing our lives).

Knowing that we are enough and sticking to that is determined by where we are operating from inside of ourselves. For example, if one operates purely at the level of their self-image, then at that point they have to consume everything that comes from that because their identity and belonging depends on that. Spirituality helps us embrace the fact that we are enough because it enables us to understand that we are beyond the body, the mind, our emotions, and our ego. The essence within us and the authenticity and love that comes with it is always there for us to tap from, and living in authentic alignment is what empowers us to find the true source of belonging, which is our own heart.

“The blessing that we have in spirituality is that we understand that we’re beyond, we’re beyond our emotions, and we’re beyond this fabricated construct that we call an ego” – Panache Desai

Panache feels that the essence of spirituality is connection. He highlights the fact that most us mistakenly look for connection outside of us instead of trying to find connection from within ourselves. His own experience has been that the more he gets over the identity, fear, and insecurity, and the more he embraces his humanity in its totality and stops compartmentalizing life, the more love he feels for himself and for everyone else. He shares that everyone is beautiful and that no matter how one experiences life, they are loved.

“The entry point is acceptance of self” – Panache Desai

The root cause of suffering in people from all walks of life is being on some level of rejecting themselves and rejecting aspects of their humanity. Panache says that we must soften into experiencing our humanity so we can start to show up for ourselves in the most loving way possible. This is something that Panache struggled with as he worked hard to succeed. When Oprah introduced him to the mainstream media, he still didn’t feel like he was enough in himself. He had parts of himself that he needed to embrace and a lot of maturing to do, and almost losing his daughter was what challenged him to do it.

This depends on where we are engaging in it from. If we engage in it from the mentality that “I’m broken. I need healing and I need fixing, and there is something wrong with me” then we are driven by fear and that causes our transformation to become a source of suffering because we start from a place of deficiency. What has worked for Panache is remembering that it’s called evolution and that the evolution happens over the context of the timeline of his life, and it doesn’t need to happen right now. He encourages people to find a place of peace around who we’ve become because that’s the only time we can relax into who we are.

The reason why the world is in the state that it’s in, is because we as humans don’t feel like we are enough, so we are overly consuming, overly producing, overly pushing, and overly disconnected from ourselves. Panache hopes that in people reading “You are Enough”, they will be able to fundamentally come into a place of seeing themselves as the source of the love that they’re looking for.

“If we could all just become a little more peaceful inside, and operate from harmony a little bit more, maybe the world would experience that more in a broader context” – Panache Desai

Panache discovered that there were three main ways that people were feeling and invalidating themselves. They included feeling unlovable, feeling that they’re not good enough, and feeling unworthy. He realized that the most important one was feeling that they’re not good enough. The title “You Are Enough” should really help people get that they’re enough because if they do, they can let go of the identity and ego. That is the shortcut into presence, having everything that we really want, and feeling a sense of fulfillment inside.