Paolo Arlotta on The Spice of Life 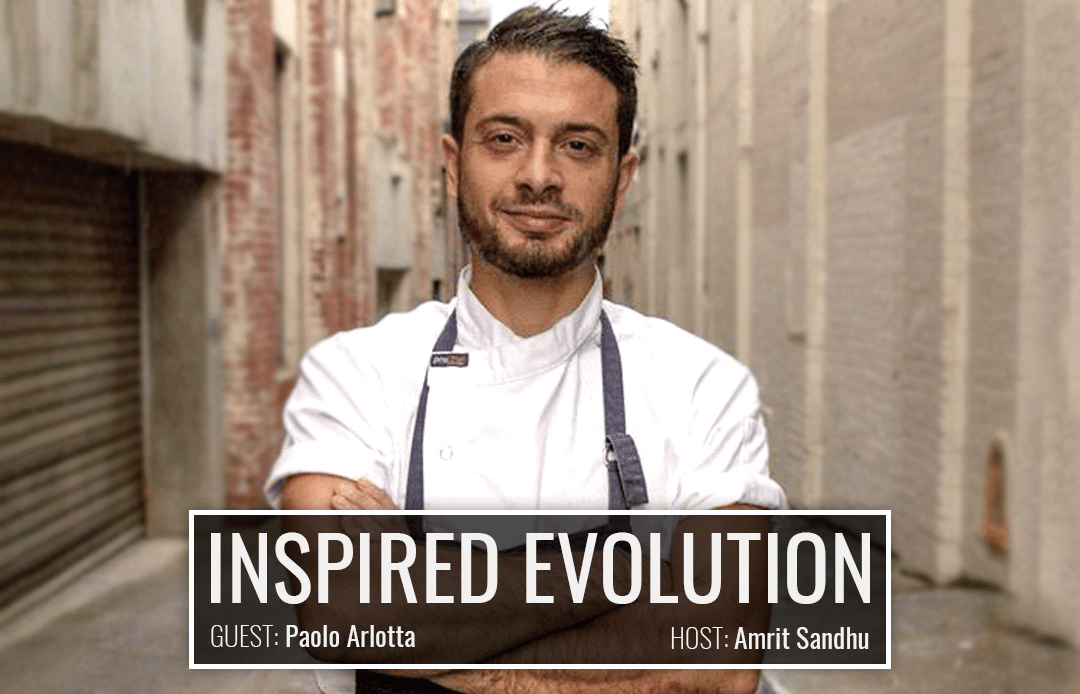 Our guest this week is Paolo Arlotta, a vegetarian chef, entrepreneur, yoga teacher and founder of Chefs of Yoga.

Use promo code INSPIRED and email polarlotta@gmail.com to redeem a 10% discount for 2 Food tickets.

Paolo is a qualified Yoga teacher and his ‘Chefs Of Yoga’ (C.O.Y) project aims to improve the work-life balance of hospitality industry workers. He aims to bring Yoga and Meditation to employees of restaurants and cafes on a weekly basis but also offers monthly Yoga community building classes at various facilities.

After relocating to Australia, Paolo gained experience at the coveted hat restaurants Vue de Monde, Tipo 00, Amaru and Nora and in addition to that he received training experiences at Quay in Sydney and the awarded best restaurant in the world, Noma.

At the beginning of 2013, he helmed the Head Chef position for Melbourne’s first Not for Profit cafe, Kinfolk. During that time they donated more than $80,000 dollars toward charity projects in and outside Australia in only a few years. In late 2014, Paolo created a unique series of fine dining dinners called ‘Speak as You Eat’ which lasted over two years and donated all of its profits (more than $10,000) to charity projects. The Speak as You Eat dining experience was a 5-course vegetarian fine dining meal with wine pairings prepared in collaboration with top-notch chefs in Melbourne.

Paolo’s food focuses strongly on sustainability (minimal waste as well as using local produce wherever possible) and encompassing the seasons by bringing vegetarian tasty alternatives to the next level with a strong emphasis on flavors, balance, and simplicity wrapped with deep and intense mouth sensations. His switch to a vegetarian diet in 2009 influenced a lot of his cooking, leading him more towards an active and healthy lifestyle. Conscious food, nutrition, Yoga, body movement, and fitness play a large role in Paolo’s life, but his greatest inspiration comes from his lessons in deep spirituality and self-development and sharing that with the world.

Paolo shares his journey towards being an impactful chef and yoga teacher. From leaving his home in Italy to go to London in search of something more, to being inspired by Lenny Kravitz to teach himself how to play the guitar. He ended up becoming a very accomplished fine-dining chef, but that took its toll on him spiritually and physically due to working 70 to 90-hour weeks. This situation gave birth to his interest in spirituality. He will dive into the widespread mental health issues among workers in the hospitality industry and the toxic environment in fine dining.

“Yoga and a little bit of meditation were more like a physical practice and a way for me to escape from the stress, hours, and the tension in the body and mind.” – Paolo Arlotta

He was very insecure in his youth but over time his confidence and self-love have grown exponentially especially with regard to being able to share his life experiences. Yoga was a big game-changer in his life and cheffing work in that it helped him improve his efficiency, productivity, concentration, and focus. It played a positive role in changing the way he responded to the daily stressful situations that came with working in hospitality. Chefs of Yoga was his first step into sharing the magic of yoga with the world.

“Every day goes by and I feel I’m not working, I’m just doing what I like to do.” – Paolo Arlotta

We learn and make our way through lives and work through listening and seeing, but Paolo is all about taste and touch, which is part of the reason he fell in love with the food space. He also incorporates yoga into his daily practice to keep every aspect of his life running smoothly.

“When it comes to yoga and body movement in general for me, it’s something that I really need to do in order to keep grounded.” – Paolo Arlotta

Living by example and believing in what he does is crucial for Paolo. It keeps him from being affected by people’s judgments on what he does because he recognizes that his message can only be appreciated by people who are at the point in their lives where his message would resonate with them.

“People are at different points in life so there are different times in each person’s life when they’re ready to receive certain information.” – Paolo Arlotta

How we treat ourselves determines how we do everything, and this rings true even in the food space. When a chef is not feeling healthy, it comes out in the food they make. Kinda like how mother’s food is always the best because a mother makes food for her loved ones with so much joy and love. Go to Paolo’s fridge and you’ll see nothing because it’s empty. He eats super clean 6 days a week, but has a day or so every week when he decides to treat himself.

“It doesn’t need to be yoga but we need to take care of the body through any sort of physical activity and through what we put inside the body.” – Paolo Arlotta

With the growing trend of biohacking and nutrition in general, he shifted from his misconception that being a vegetarian automatically means being healthy and now focuses more on a refined form of nutrition. He’s so in tune with his body that he feels sickness creeping in before it can even display any symptoms.

“It’s important to have those cheat meals in there so the metabolism doesn’t get too lazy.” – Paolo Arlotta

Paolo’s purpose has been evolving over the years and he recently concluded that health is a huge part of his biggest purpose because his health enables him to work on solving all kinds of problems. He highlights his relationships as one of the greatest teachers in his life and encourages people to show up in their relationships with integrity and authenticity in their relationships before they can go into personal development practices.

“If you fuck it up in your family and your friendships then what is the point?” – Paolo Arlotta

He emphasizes the need for us all to keep rewiring our brains especially as we age. He learns a new skill every year to stay true to his word and has learned pottery, painting, music, and even recently, magic. He sees creativity as a tool for learning something deeper.

“The beauty of living in awareness is that even through simple stuff you can learn an immeasurable lesson.” – Paolo Arlotta

It was such an honor having such a dear friend and brother on here talking about the amazing chef work he does and the dharma that comes out of the incredibly nourishing food and meals he creates. There’s so much to learn from Paolo about seeking out our dream lives and going out there and sharing our gifts with the world despite whatever roadblocks we may have in our way, and yoga is definitely one tool that can help us with that.

“The journey is so fun and important when you let go of the final goal and the attachment to it.” – Paolo Arlotta