Your Anxiety Reveals Your Authenticity with Tony Johannsen 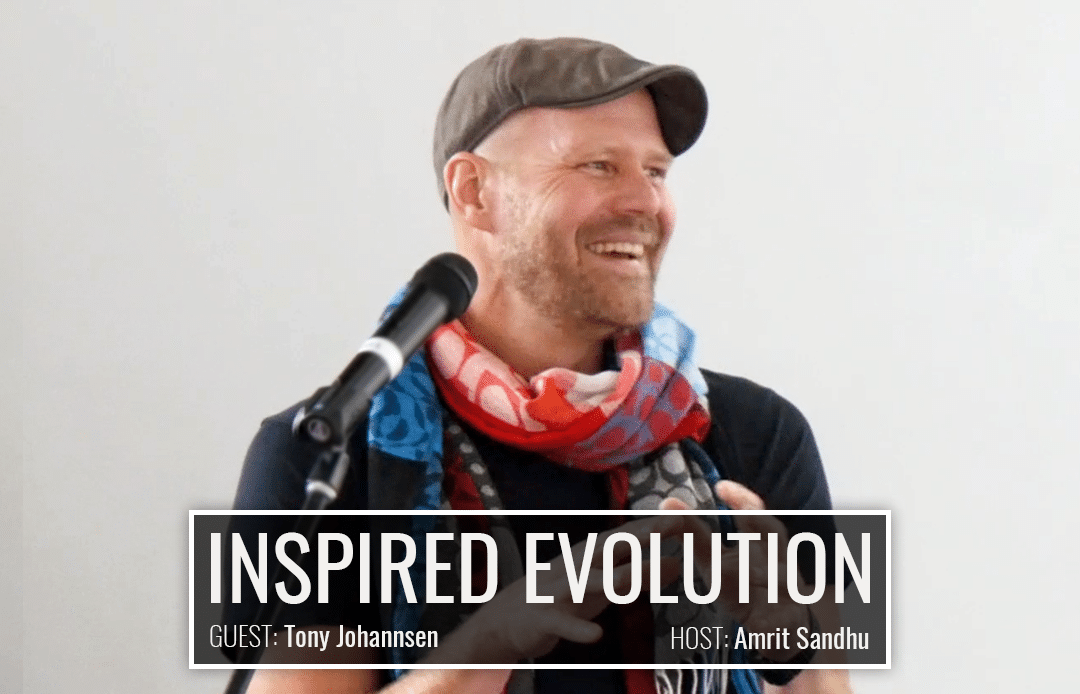 Our guest for this week is Tony Johannsen, an existential psychotherapist, coach, facilitator, artist, and behavior-change specialist.

Today’s episode is a two-parter! The first part had been recorded live at an event called ‘Get Hacked, Get Hi’ and the other is our followup Zoom conversation. Almost two hours of in-depth conversation about existential philosophy and how to apply it to personal growth. YEW!

Tony Johannsen is a certified psychotherapist who uses an approach based on existential philosophy in order to help people build richer and more rewarding lives. He draws on a vast base knowledge from disciplines such as neurology, philosophy, psychotherapy and combines them with flow states to inspire positive changes in the behavior of his clients. Tony predominantly works with the criminal justice system and he is an expert on the topic of substance and alcohol abuse and addictions.

His understanding of anxiety is both fascinating and unique because as he believes it should be considered a guiding tool rather than a symptom that has to be treated. In these 90 minutes of in-depth conversation, we explore some of the most burning questions related to our existence and the human experience.

Tony usually keeps a low profile and doesn’t do much work in the private sector. But he is preparing a series of workshops for 2020 and it sounds like an amazing idea! If you enjoy his approach and message, make sure to check out his website or follow him on social media for updates!

Tony never shied away from talking about death. At the young age of 15, he had his first direct experience of mortality when his brother tragically died in a car accident. He reminisces about how he was bothered by the fact he felt people were offering sympathy and pitty. Today, Tony makes a key distinction and a conscious decision to refrain from sympathy and turn to empathy.

“As a psychotherapist, I specialize in empathy. Sympathy is not my bag, I don’t feel sorry for anyone. But I can definitely empathize with whatever the state you’re in and whatever you’re experiencing at this point in time.” – Tony Johannsen

Tony provides us with an overview of existential philosophy and it’s founding postulates. The four fundamental existential givens are:

“We’re the only creature where it seems to be an issue. A large part of it is because it’s a boundaried existence – we know it’s finite.” – Tony Johannsen

“Point two… I mean there’s no hierarchy and order. So we’ll go with meaninglessness… The existential position is there’s no essence for what it means to be human.” – Tony Johannsen

“There’s always like a gap in communication between humans. And that gap from an existential standpoint is what they call isolation.” – Tony Johannsen

4 – Meeting of Freedom and Responsibility

“Number four is a meeting of two concepts which is freedom and responsibility, which ties in with possibility I guess… Beyond these human limitations that we’ve been speaking of, the freedoms and possibilities are virtually boundless.” – Tony Johannsen

Tony’s unique understanding of authenticity is one of the key aspects of his approach based on existentialism. Rather than looking at anxiety as something to be treated and removed, he chooses to look at it as a way to reveal authenticity, the things that are most important to us.

“The way of understanding our anxiety before showtime, for example, is that this really matters to me. So it’s appropriate that I’m anxious about this. Because it matters, this means a lot!” – Tony Johannsen

You can expect a lot of practical takeaways from this conversation and one of them is Tony’s advice on how to hack anger and refrain from placing blame on others.

“Next time you blame somebody for something or you have a disproportionate reaction to the stimulus, which is to get angry, fundamentally, just hold yourself for a minute and check-in and say: ‘Am I taking full responsibility for my behavior in this point in time?’ and odds are you’re not because you never do.” – Tony Johannsen

Existentialism is often confused with Nihilism which usually puts people off from exploring these ideas further. Nevertheless, there is a key difference between these two schools of thought and Tony uses a very relatable example in order to highlight this distinction.

“Rather than saying, ‘I don’t speed because I don’t speed because I’m going to get a fine.’, for example. No, I can get a fine, I can drive as fast as I want. I’m making a choice based on something deeper. I’m making a choice based on the human perspective and the fact that I don’t want to endanger myself, my children or anyone else in the community. That’s an entirely different reason for not speeding than ‘I don’t want to pay the fine.’  Same behavior.” – Tony Johannsen

In this part of our conversation, we explore all the distractions we experience in today’s world and why existential questions remained relevant throughout history.

“I think we overthink our environment and we underestimate the limitations of being human. And that these existential concerns… have been plaguing us or asking us to question them since humans had consciousness. And I don’t think we pay that enough credit, I think we get a bit too caught up in the bread and circuses that is contemporary society.” – Tony Johannsen

Trying to stay away from pain may even seem intuitive to some, but this approach can have very serious consequences for how we raise our children.

“We’re indoctrinating our children at a very early age to take little to no responsibility for anything. Because we’ve invested in this myth that somehow pain is something to avoid. Now, suffering is something to challenge and to mitigate and to manage – pain is inevitable.” – Tony Johannsen

Playing around with the ideas of self, flow, and “revealing the real you”, Tony shares a fascinating paradoxical gem about the relationship of these concepts.

“The only time you really get to greet the moment is in flow states. And the irony is that in flow states you don’t exist. The concept of you disappears. So the most ‘you’ you can be is when you actually transcend yourself. It’s so ironic, don’t you reckon?” – Tony Johannsen

After almost two hours of conversation, I can only say that I’m completely blessed to have met Tony and been able to create this episode. His breakdown of existential philosophy is marvelous and the discourse he uses to get his ideas across is so deep yet also incredibly relatable and comprehensive. He leaves us with a message that is supposed to help take the pressure off and I hope our conversation inspires you as much as it inspired me.

“Philosophy is a concept. It’s our instrument to ride the wave of life, that’s all it is. Just to make it more enjoyable and ease the suffering. Don’t overthink it. Play with it.” – Tony Johannsen